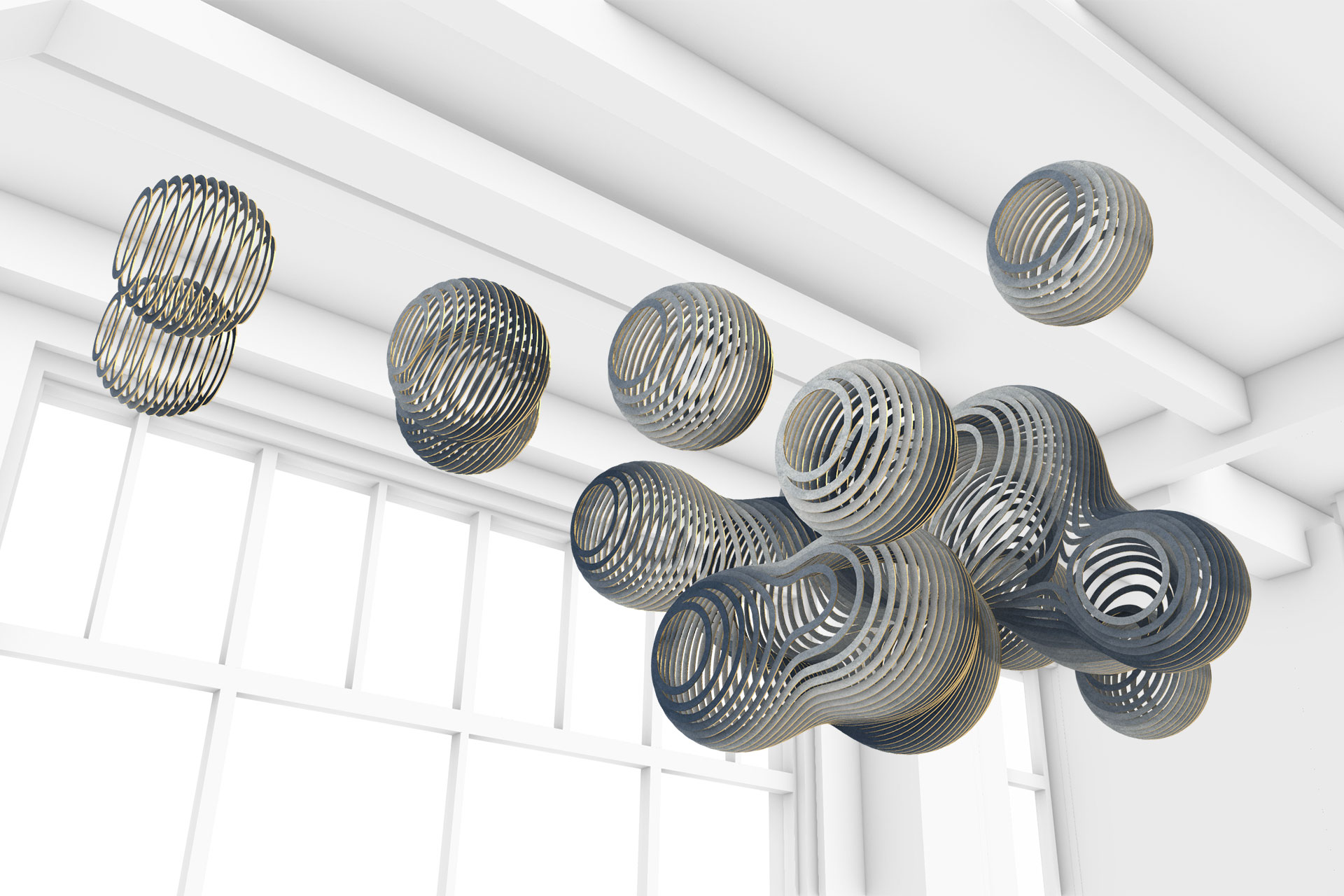 Our proposal for the Philadelphia Public Services Building artwork focuses on concepts relating to the Philadelphia Police Department’s “Duality of Service” and “Historical Data.” These two aspects of the department drive the material and formal strategies of the project. Our goal is to weave these concepts together into a cohesive whole, allowing visitors to find specific physical aspects of the project that relate to their interests or understanding of the work.

The title Softened Edges references an underlying theme that resonated with us during our site visit. While touring the current facility, we heard an officer talking about the challenge of public perception of the department. They are tasked daily with some very difficult and dangerous jobs that require a “hardness.” Yet, their main responsibility is service for their community. It takes effort to “soften the edges” in order to create a healthy relationship with the public. At all times, they must uphold law and order, while being an approachable neighborhood partner.

Material choices were driven from the dual-sided nature of an officer’s job. The police badge (or shield) is not only a unique identifier and representation of authority. It also signifies the responsibility and duty of each individual officer to their community and department. We viewed this shield as a symbol of the “hardness” required to be part of the police force. We drew inspiration from the badge and chose to utilize brass as one of two main materials in the project.

The image of a typical wool emergency blanket wrapped around a person in need became attached to the other side of an officer’s job. The department is there not only to protect but to embrace and care about the citizens in its community. We decided to reference this fact quite literally using wool felt in the project as the complementary material. Moving through space reveals the interesting visual nature of the project as the amount of exposed felt and brass will continually change.

The form was driven by available public data about the department. A map of the department’s districts was overlaid in the space the artwork would occupy. A point was placed at the center of each police district, and a number was associated based on the total volume of “calls to service.” Districts with higher volumes are further from the ceiling, and lower volumes are closer to the ceiling. The overall form is fluid, allowing districts that are physically adjacent and with similar volumes to start to blend together. As this data is actually always in flux, our intent was to create an object that appeared to be ever-changing, and that this static version was just one snapshot in time.

These concepts help to strengthen the connection of the artwork to the police department and the community it serves.