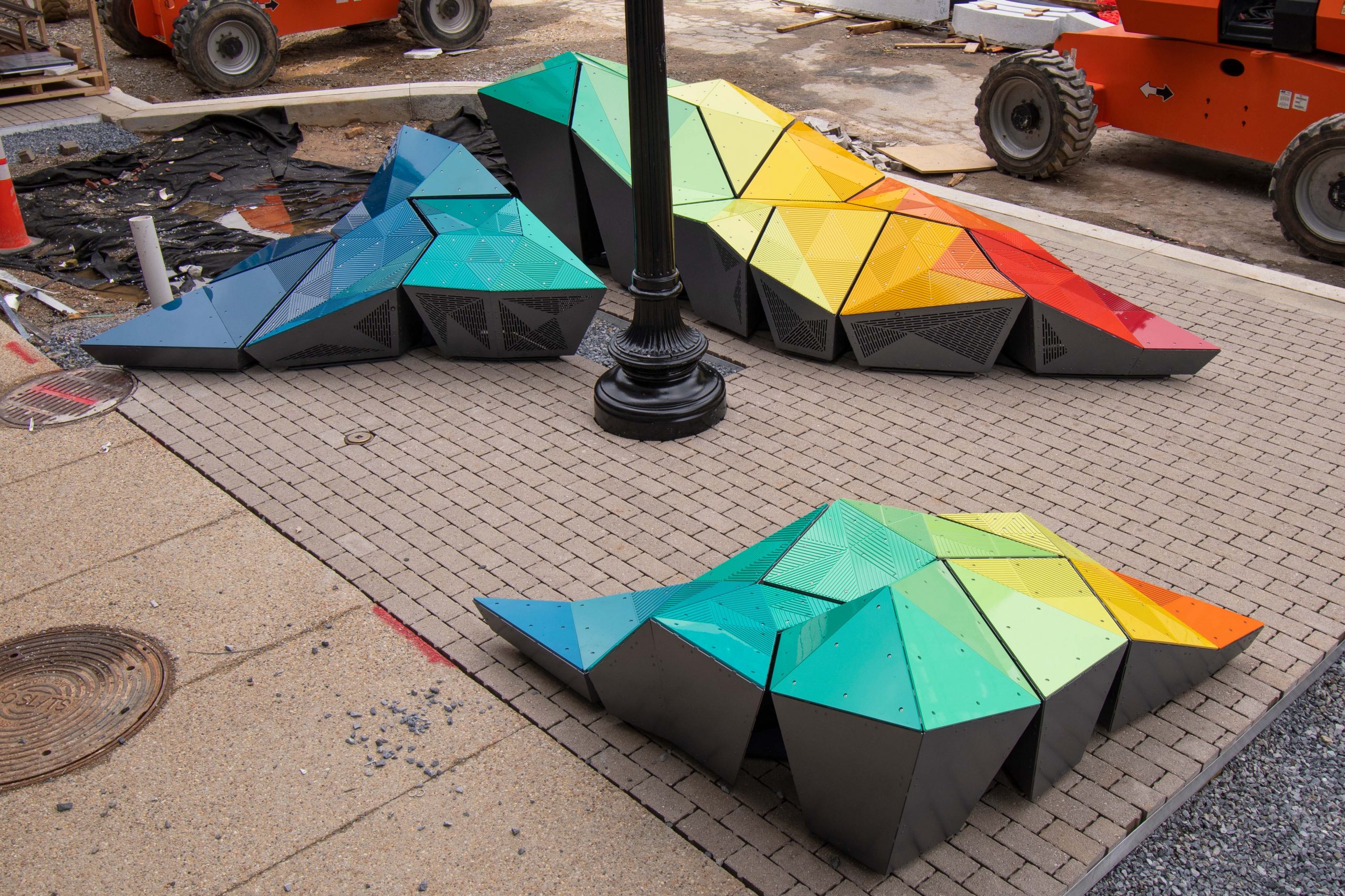 This project was designed to complement a new development in an exciting and growing area of Washington DC. The client wanted a bold and vibrant public art piece that would reference an industrial past, and provide areas of engagement for visitors. In this way, the piece emerges from the landscape as both a functional and aesthetic element in the new urban streetscape.

The project was designed to integrate within the existing site design and landscaping. It has been situated so that pedestrians can move through freely, and fills in the negative spaces at the corners of the parklet. The three separate elements were developed to feel like one cohesive piece within the space. The highest points of the forms are placed away from access to users, and the corners come down, to ground the piece. The intentional split between the two larger elements allows the existing landscape to cut through, similar to a river carving through a mountain. The project provides areas for direct user interaction that are at sitting and leaning height.

Color has been applied as a unifying element for all three sculptures. In this way, they begin to read even more like one. A smooth gradient shift from cool to warm has been accomplished using 15 custom colors, maintaining a balance between vibrancy and softness. The upper colorful panels were machined out of aluminum and finished with an epoxy primer and industrial paint coating, while the lower panels are from laser-cut steel, powder-coated to match many of the surrounding architectural components.

A subtle texture has been introduced on the upper painted panels to provide grip for users that choose to interact with the project. The texture appears where the project is suitable for sitting and begins to disappear as the project becomes less functional. This effect is accomplished by machining directly into specific aluminum panels. The darker base elements help to ground the piece and are designed to taper into clustered modules, rather than one larger monolithic edge. This helps to add more visual interest and cohesiveness to the project. The contrast of the upper and lower panels creates an almost geode-like effect, where one could imagine each of these pieces broke off of one larger element.