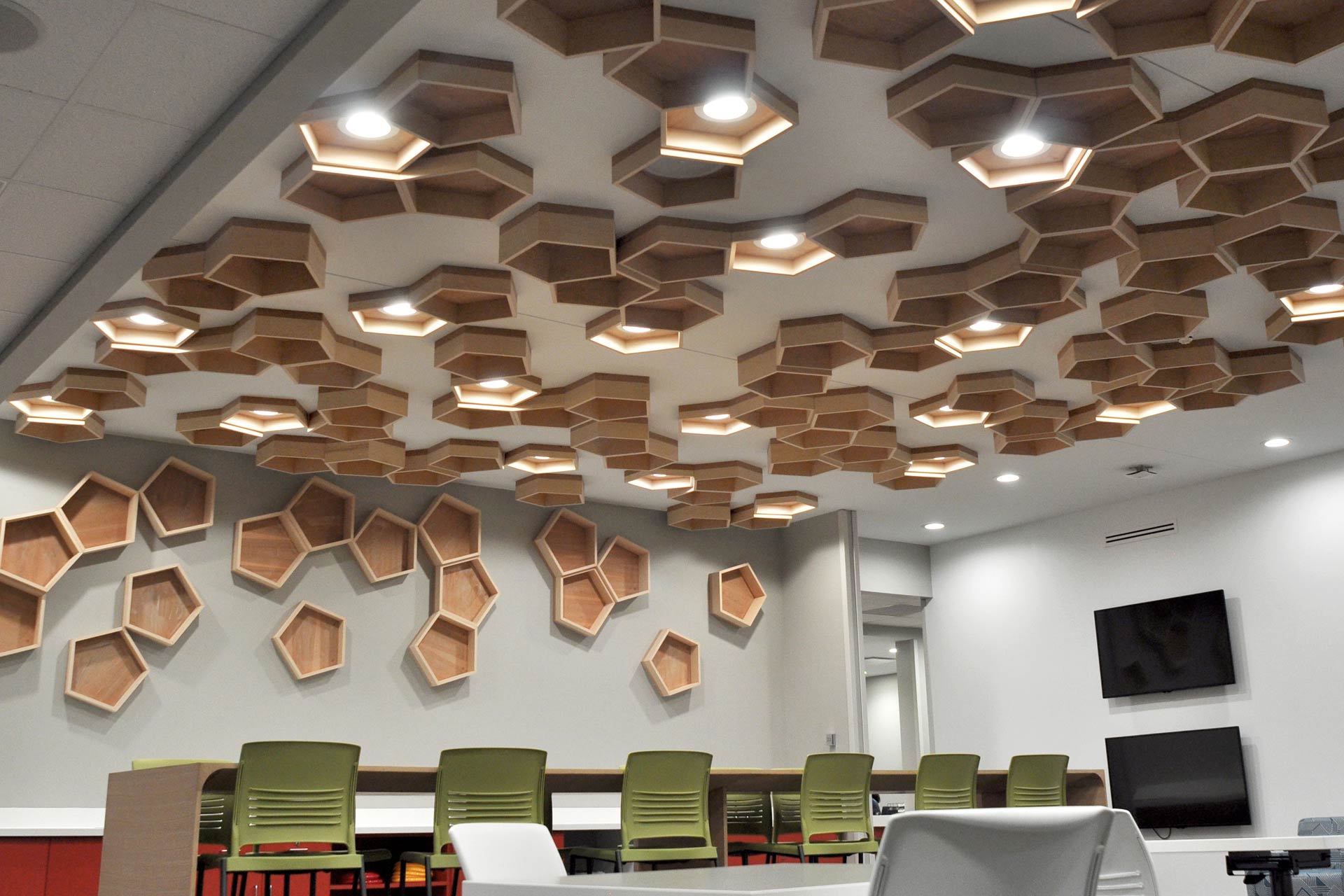 We were asked by KrM Architecture to help in the design development, fabrication, and installation for a ceiling installation at Earlham College’s new CoLab space, an interdisciplinary collaborative work environment. KrM began with a general idea for a pentagonal cellular system that would integrate lighting and speaker systems as well as turn down the wall at one end.

The project was commissioned by Earlham College in collaboration with KrM Architecture. We developed the material and fabrication strategies as well as added value to the design by integrating levels of variation in the system. At one end of the space, the clustering of the pentagon cells is dense. As the system moves toward the wall, the cell count lowers and fades into individual floating components. This was done to smoothly transition the ceiling into the wall without having an abrupt end to the cellular pattern. Another variable to the system was the depth of each pentagon cell, programed based on lighting placement. The cells that house lights have a shallow depth to provide a larger spread of light. As the cell’s proximity to the light decreases, it gets deeper. This not only helps with the lighting condition but also adds a dynamic texture to the surface of the installation.

Material choices include a maple hardwood plywood vertical edge and cherry hardwood plywood at the main horizontal pentagon that meets the ceiling. This added a contrast to the cells and further increased the visual depth of the piece without physically increasing its depth. A cherry veneer strip was added to any exposed outside edge of each cell to add a perimeter detail to the installation.