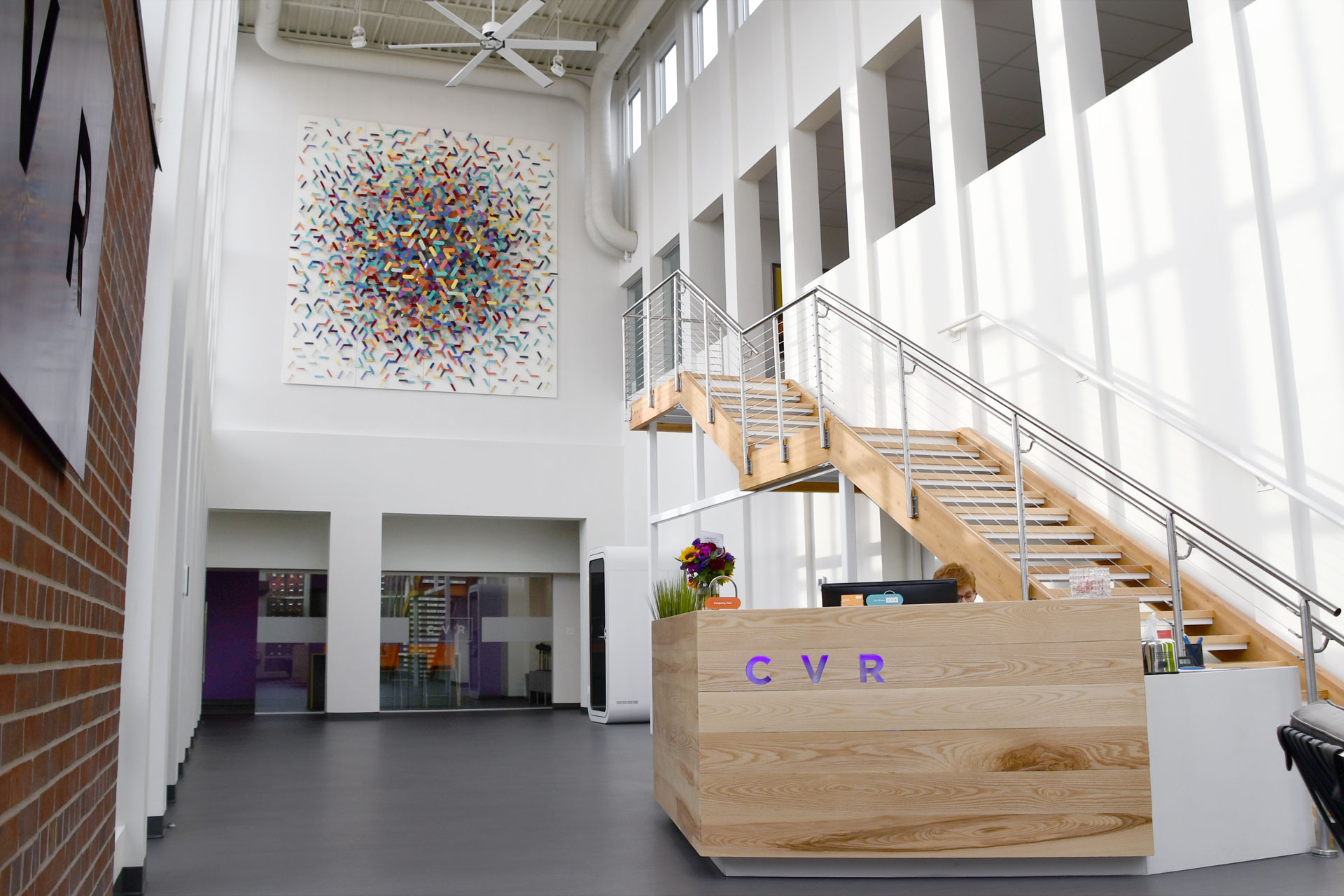 CVR is a full service marketing, branding, and advertising agency with a global reach. This one-off piece was developed to represent the brainstorming phase of a project, where numerous ideas, personalities, and processes come together to create a focused strategy. Hundreds of unique components in color and scale create a unified whole in this large wall piece for the lobby in their new headquarters.

The site for the project directly influenced the strategy for the form. The long linear space with a blank wall at the end was the perfect place for a graphic element that creates a focal point. The project was intended to provide something uplifting and vibrant for employees, while having an underlying concept that could represent the company’s own vision. The shape of each component was intended to reference a stroke or vector which is common to graphic designers and advertising. The strokes become thicker and increase in part count towards the middle of the wall, creating a rounded focal point. This was intended to reference the variety of ideas that are developed in a brainstorming session, and the importance of focusing them in one direction to move forward. The components were arranged and rotated in a way that they appear randomly placed. However, no two parts ever overlap in a way that would cause a collision. The 20 colors are evenly distributed across the entire piece, so that there wouldn’t be an area with more of any single color. All of this has created a project that is intriguing at a distance and engaging up close.

We ended up making more of the components as the project neared completion so that CVR could turn them into nameplates for each of their employees. In this way, they each had a part of the new artwork in the lobby, showing how important each person is to their process.